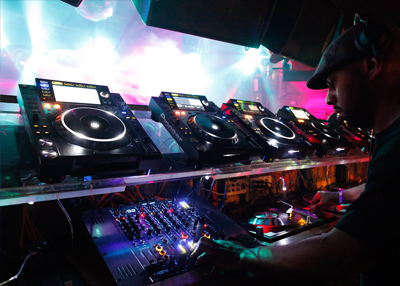 Fabric cements its place as one of the top clubs in the world by again polling at No.4 this year — and all without compromising its underground dance music vision. Launching right at the end of last century in an old cavernous meat-packing factory in Farringdon, near central London, Fabric laid out its underground credentials from the start. Foregrounding drum & bass from the off, it's hosted DJ Hype's Playaz night for the duration and also Andy C's Ram night on Friday for many years. Saturday is more for house and techno, but of the more discerning variety.

Fabric are risk-takers, which is welcome in an ever-evolving scene. They made dubstep dons Caspa & Rusko residents in the mid-noughties when nobody had heard of them, and gave them one of their acclaimed Fabric CDs to mix which helped blow-up dubstep Stateside. They gave nights over to the Stanton Warriors and the Plump DJs to curate in their early years when breakbeat was first blowing up, and recently they've given over rooms to people like Rinse and Black Butter who are busting through to the mainstream without 'going EDM.

Maya Jane Coles is the latest DJ to do a prestigious Fabric CD mix — the 75th in the series — while Jack Beats have just done 'Fabric Live 74'. Viva Fabric!